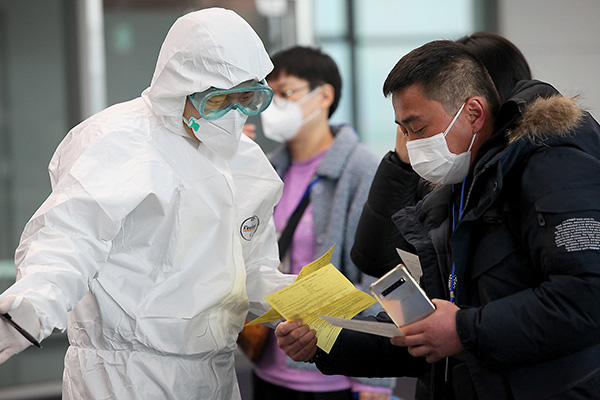 More than half of new cases of COVID-19 in the country involved patients with overseas travel history.

The central disaster management headquarters said as of 12:00 a.m. Wednesday, 51 out of 100 newly-infected patients had recently been abroad.

Thirty-four of the cases were detected upon arrival, while 17 were confirmed in local communities.

Forty-three of the 51 are South Korean nationals and eight are foreigners.

Authorities said there have been 227 cases of overseas entry of the virus, of which 206, or 91 percent, involved South Korean nationals.

In an apparent response to criticism that Seoul should impose entry bans amid concerns over foreign entry of the virus, the headquarters stressed that it is the government's constitutional duty to protect South Koreans abroad.
Share
Print
List