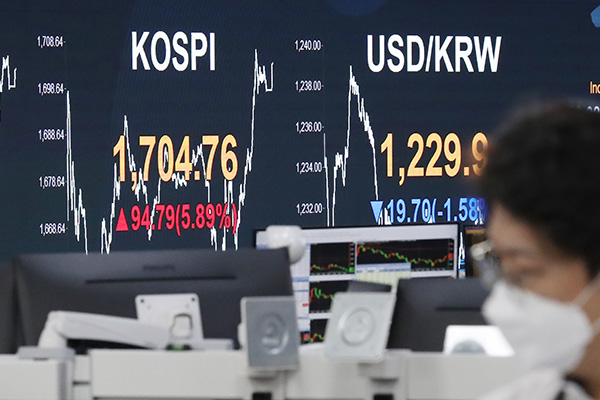 It is the second consecutive day the South Korean index headed upward, following an uptick of eight-point-six percent on Tuesday buoyed by the U.S. Fed’s announcement of its debt-buying programs as well as counter-virus relief measures by South Korean authorities.

On the foreign exchange, the local currency strengthened 19-point-seven won against the dollar, ending the session at one-thousand-229-point-six won.
Share
Print
List