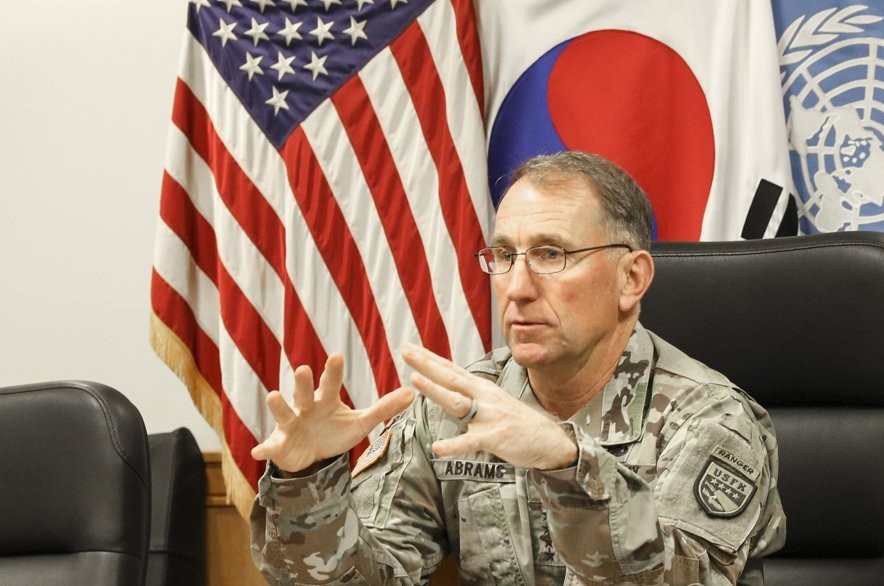 The U.S. Forces Korea (USFK) declared a public health emergency on Wednesday as part of efforts to contain the novel coronavirus.

The USFK said in a press release that the declaration came in accordance with the U.S. State Department's issuance of a global level four travel advisory and USFK installations' increased exposure to COVID-19.

The USFK said the emergency call will remain in effect through April 23 unless it is renewed or terminated sooner by the commander.

USFK Commander Robert Abrams said that in order to ensure he possesses the necessary authority needed to enforce compliance and protect the force, he has declared a Public Health Emergency for all U.S. commands and military installations in South Korea.

While noting that the USFK has made "significant progress" in containment efforts, Abrams said the declaration was made to ensure that U.S. forces will not lower its guard in the fight against the virus.

The commander's office said that the decision, however, does not induce changes in any of the military's preventive measures being taken, or indicate an increased risk level on its installations.
Share
Print
List