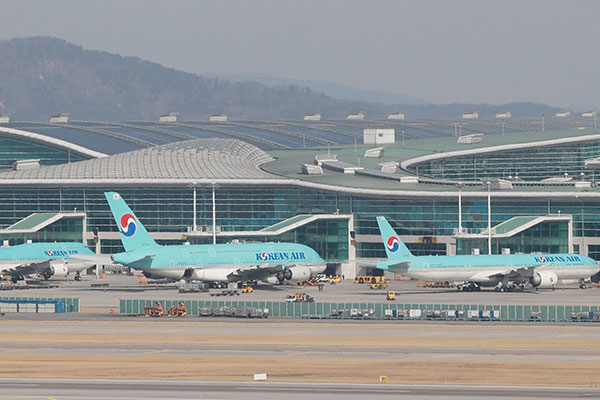 South Korea's flagship carrier Korean Air will operate a special flight next month to help South Koreans wishing to evacuate from Germany return home amid rising concerns over the novel coronavirus across Europe.

According to sources close to the South Korean community in Germany on Wednesday, the 277-seat Korean Air flight will depart Frankfurt for Incheon on April 1.

The head of the Korean community said so far at least 200 people have expressed a wish to evacuate to South Korea.

Korean Air and Asiana Airlines, South Korea’s other flagship carrier, have either suspended or plan to halt their Incheon-Frankfurt flights due to passenger decline and entry bans by the European Union(EU).

According to the latest data by Johns Hopkins University's Coronavirus Resource Center, as of early Thursday, 37-thousand-323 people have tested positive for COVID-19 in Germany, with the death toll at 206.
Share
Print
List