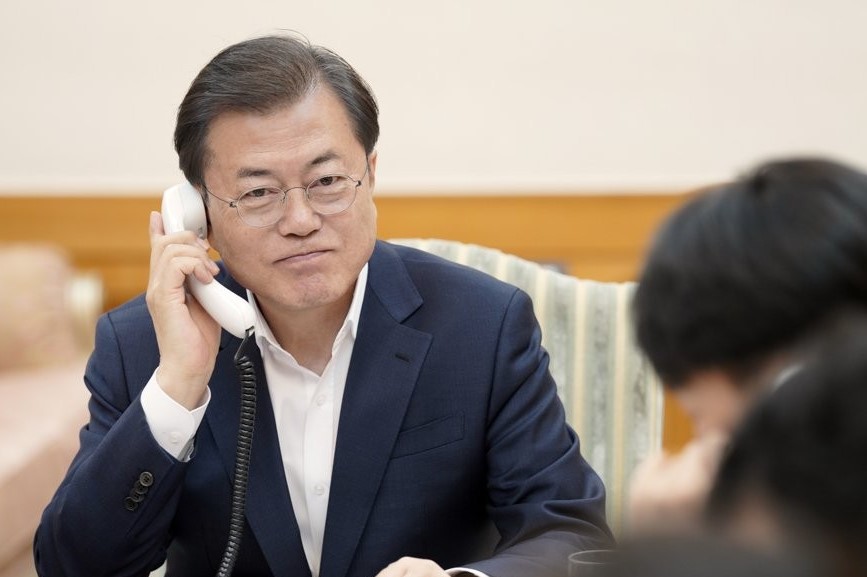 At a press briefing on Wednesday, Trump referred to his recent phone conversation with President Moon Jae-in, saying South Korea has "done a very good job of testing."

Trump went on to say that the U.S. is doing more testing than anybody by far, stressing that the U.S. has tested more people in eight days than South Korea has done in eight weeks.

He also suggested that Moon praised the U.S., saying, "They called me and they told me, 'It's amazing. Your testing procedures are amazing.'"

Facing criticism over a lack of testing and test kits in the U.S., Trump previously boasted about the testing statistics during a virtual town hall on Tuesday.