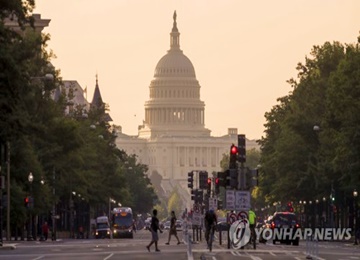 The U.S. Senate has approved a two-point-two trillion-dollar emergency relief bill aimed at cushioning the COVID-19 outbreak’s impact on the American economy.

The Senate passed the bill unanimously 96-0 on Wednesday, sending it to the House of Representatives.

The lower house of Congress is expected to approve the bill on Friday. It will then take immediate effect after U.S. President Donald Trump signs it. The president earlier expressed his intent to promptly sign the bill.

When considering the federal government’s budget amounts to some four trillion dollars a year, the U.S. will be injecting around half of its annual budget into tackling the economic fallout from the COVID-19 pandemic with the relief bill.

The bill aims to provide billions of dollars in loans to small firms and key industries hit hard by the spread of the novel coronavirus and send checks to American taxpayers.
Share
Print
List