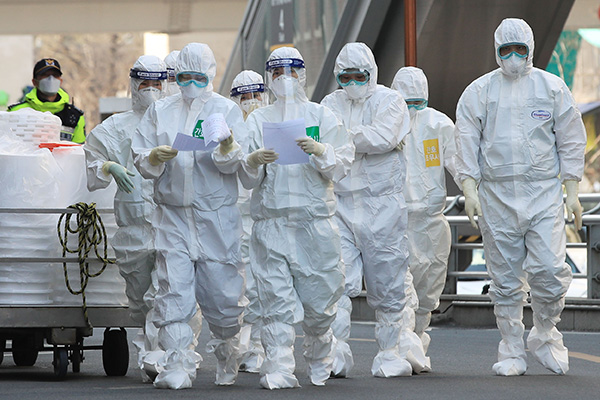 South Korea reported more imported cases of COVID-19 than domestic infections on Thursday for the second day in a row.

The Central Disaster and Safety Countermeasures Headquarters reported in a news briefing that of 104 new cases as of early Thursday, 57 were travelers who returned to Korea from abroad, more than half the daily total.

Of those, 30 were confirmed at the airport while 27 were diagnosed later.

Forty-nine are South Koreans and eight are foreign nationals.