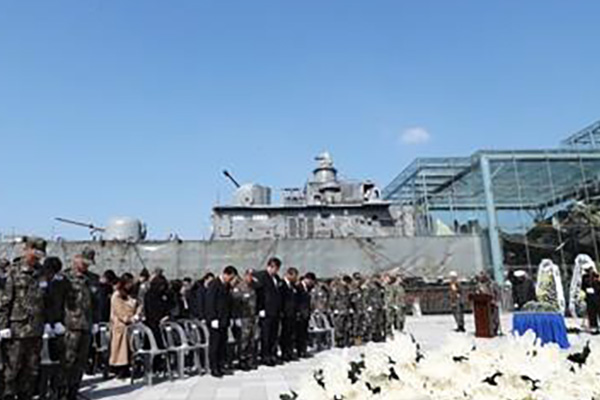 The United Nations Command has paid tribute to those killed during the North Korean torpedo attack on the South Korean naval warship Cheonan a decade ago.

In a Facebook post on Thursday, the U.S.-led UN Command paid tribute not only to the sailors who were lost but also a South Korean military officer who died while trying to rescue them, saying it will never forget the South Korean soldiers along with the value of freedom they risked their lives to safeguard.

The Cheonan warship was carrying a total of 104 servicemen when it was torpedoed by the North on the morning of March 26, 2010, while patrolling waters two-point-five kilometers southwest of Baengnyeong Island in the West Sea.
Share
Print
List