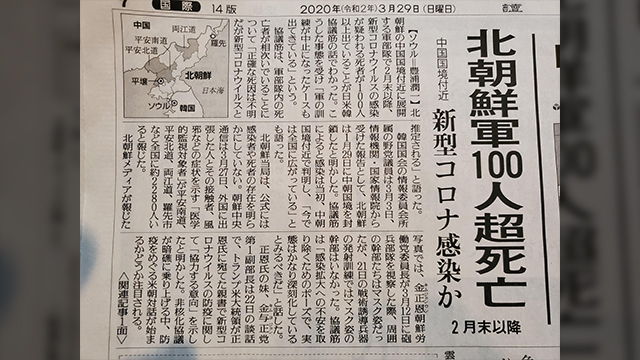 A Japanese newspaper said on Sunday that more than 100 North Korean soldiers have died possibly from the novel coronavirus since late February.

Quoting a source familiar with related discussions among South Korea, the United States and Japan, the Yomiuri Shimbun daily reported that over 100 North Korean soldiers died at units near the border with China.

The source cautiously said that the soldiers were presumed to have died from the virus, adding there were cases of halted military training.

The source reportedly said that the COVID-19 outbreak started in the border area and is now spreading across the nation.

North Korean authorities have repeatedly claimed that the country had no single suspected case or death.
Share
Print
List