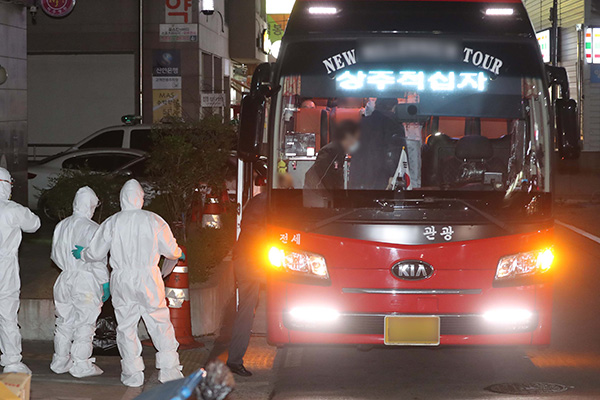 The latest figures compiled in the past 24 hours through 12 a.m. Tuesday by the Korea Centers for Disease Control and Prevention(KCDC) included 60 from Daegu, mostly involving the Second Miju Hospital.

The hospital in Dalseong County has emerged as one of the country’s biggest sites of mass infection with 133 people there, including 127 patients, diagnosed with the infectious disease so far.

Seoul reported 24 cases, including a cluster of infections at a Christian sect called Manmin Central Church, followed by Gyeonggi Province and Incheon, which reported 13 and six cases, respectively.

Fifteen out of the 125 cases were detected during quarantine procedures for those arriving from overseas.

The virus-related death toll rose by four to 162, while five-thousand-408 people have been discharged from quarantine after making full recoveries.
Share
Print
List