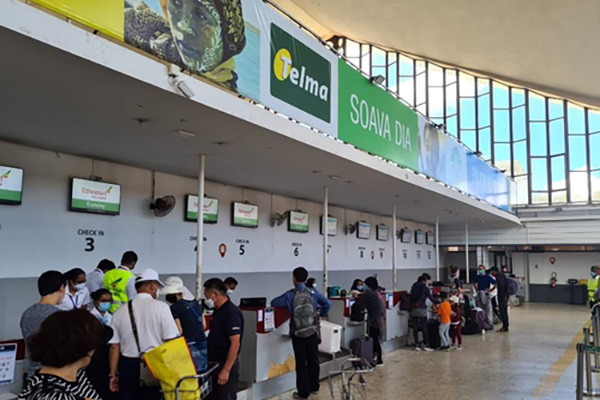 A growing number of South Koreans in Africa are returning home due to concerns over the novel coronavirus pandemic on chartered planes arranged through multilateral cooperation.

According to the South Korean Embassy in Madagascar on Tuesday, an Ethiopian Airlines flight carrying 26 South Koreans took off earlier in the day.

While it is the first time that a chartered plane carrying South Korean nationals left from Africa, there were 97 passengers of various nationalities on board, including American, Japanese, German and British citizens.

The South Korean passengers, who paid around one-thousand-30 dollars per ticket, were expected to land at Addis Ababa Bole International Airport.

They were then to board another Ethiopian Airlines flight scheduled to land at Incheon International Airport Wednesday afternoon.

They were expected to join the 26 South Koreans in Addis Ababa to board the Incheon-bound flight.
Share
Print
List