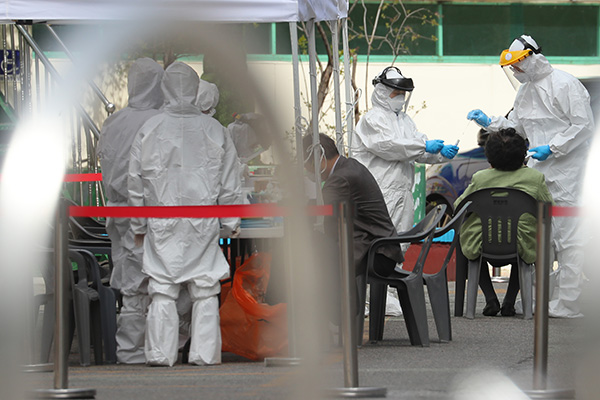 An additional 89 people tested positive for the novel coronavirus in South Korea, raising the total number of cases to nine-thousand-976.

The central quarantine countermeasures headquarters said on Thursday that 21 of the new cases were reported in Daegu, mostly from a nursing home and medical facility with the latest clusters of infections.

At Uijeongbu St. Mary's Hospital in Gyeonggi Province, another hospital reporting a cluster, there were 17 new cases with more expected amid an investigation into some two-thousand-500 patients, caregivers, medical and hospital staff underway.

Fourteen cases were reported in Seoul, six in South Gyeongsang Province, four in Incheon, and two each in North Gyeongsang, South Jeolla and South Chungcheong provinces.