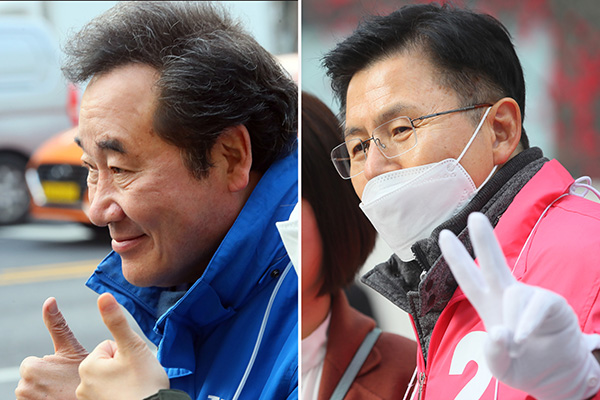 Marking the 72nd anniversary of the April 3 Jeju uprising and massacre, the ruling Democratic Party(DP) and its satellite Together Citizens' Party held a joint election meeting on the southernmost island.

DP election committee co-chair Lee In-young stressed that overcoming the COVID-19 crisis and protecting people's livelihoods will depend on the outcome of the elections.

Lee Nak-yon, the head of the DP's coronavirus committee, traveled to the eastern Gangwon Province, a major political battleground, to reaffirm the ruling bloc's resolve to win the fight against the virus.

The main opposition United Future Party's(UFP) election committee chief Kim Chong-in toured key constituencies in Incheon, where the UFP hopes to win as many seats as possible to meet its goal of taking home 50 seats in Seoul and the surrounding capital region.