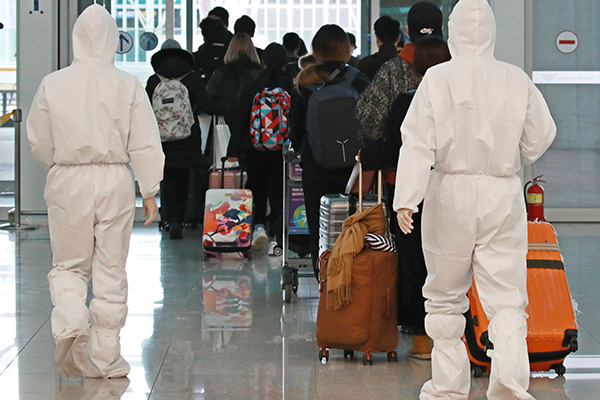 South Korea has reported 94 additional COVID-19 cases in the country, bringing the accumulated total to ten-thousand-156.

During the daily briefing Saturday, South Korean quarantine authorities explained that 48 of the new infections came from the Seoul metropolitan region, including 22 in the capital city, three in the western port city of Incheon and 23 in Gyeonggi Province.

Thirty-two of the new infections, or about 34 percent, were imported from abroad, including 15 detected upon arrival in South Korea. Seventeen others were later diagnosed within local communities.

Three more people died from the disease, raising the death toll to 177 as of midnight Saturday. A total of 304 more patients have been released after making full recoveries, bringing that overall number to six-thousand-325 people so far.
Share
Print
List