New COVID-19 Cases Slow in US, Europe as Japan Faces State of Emergency 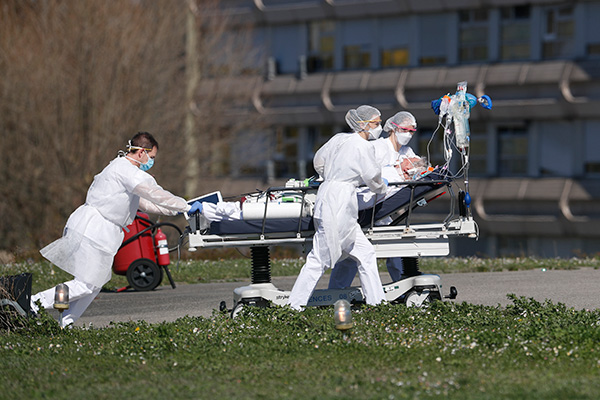 Coronavirus cases have surpassed one-point-34 million globally, with over 74-thousand-700 deaths as of Tuesday Korea time.

In the United States, the number of infections has topped 360-thousand, with nearly eleven-thousand people succumbing to the virus.

Recent data suggests the infection curve there may have begun to flatten, as new daily infections dipped below 30-thousand on April 4.

In Europe, the number of confirmed cases exceeded 650-thousand while the death toll topped 52-thousand as of Monday evening.

But with their daily cases starting to decline, including in the worst-hit Spain and Italy, some countries are moving to ease lockdown restrictions, believing the outbreak has reached its peak.

Meanwhile, in Japan, where cases have been surging in recent days, the number of cases in the country has surpassed three-thousand-900 with at least 80 related deaths.

Tokyo has been hit the hardest with well over one thousand infections.

Prime Minister Shinzo Abe is expected to declare a state of emergency later Tuesday for seven jurisdictions including Tokyo, Osaka and Chiba prefectures.