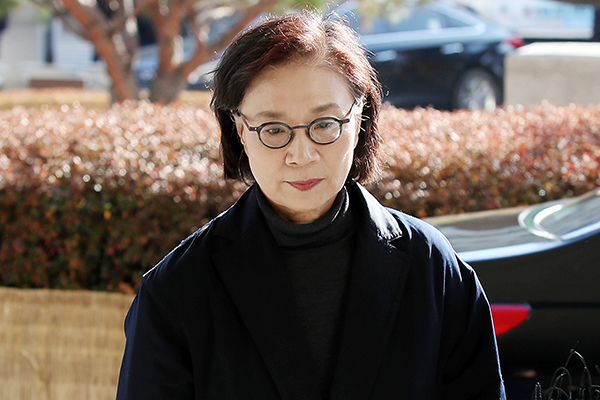 The prosecution has sought a two-year prison sentence for Lee Myung-hee, the widow of late Hanjin Group Chairman Cho Yang-ho, on assault charges.

During the final hearing on Lee's case at the Seoul Central District Court on Tuesday, prosecutors argued that she manipulated her superior position and habitually committed acts of violence against company employees, adding she deserves punishment commensurate with the seriousness of the offense.

The prosecution emphasized that her victims had to endure verbal and physical abuse for petty and unjustifiable reasons to protect their livelihood.

Lee was indicted on charges of assaulting nine people, including her chauffeur and security guards, between November 2011 and April 2018.