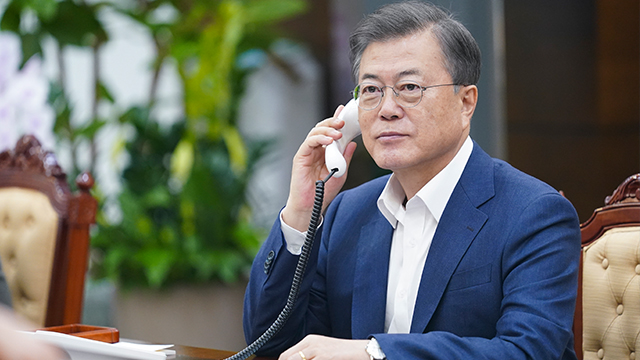 President Moon Jae-in spoke on the phone with the leaders of Australia and Poland on Tuesday to discuss cooperation in the fight against the novel coronavirus.

Moon replied that his government would "actively consider" every possible request made through diplomatic channels.

Moon also mentioned the need for the two countries to continue "essential cooperation and exchanges" despite the pandemic. Morrison agreed on the need and offered to hold a virtual bilateral summit with Moon within this year.

Describing South Korea as the world's best performer in dealing with the virus with active testing, the Polish leader said that his country hopes to import South Korea's test kits and other quarantine-related products.

President Moon replied that the government would actively consider the request if Poland makes its requests through diplomatic channels.
Share
Print
List