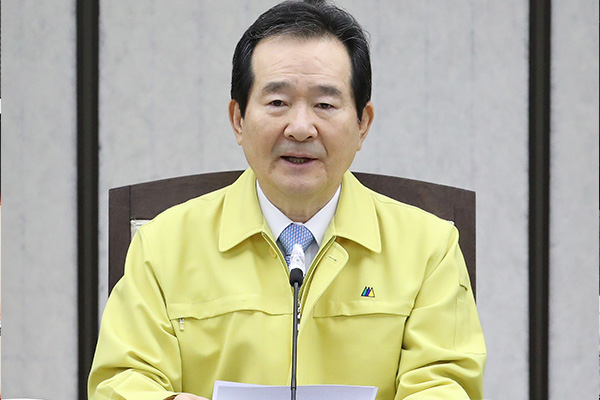 In a pan-government meeting in Sejong City, the prime minister also said the government will expand entry restrictions on foreigners traveling without essential purposes.

Chung announced the strengthened move, noting that imported cases of the virus account for nearly half of the country's daily new infections recently.

The prime minister said that although the nation has been imposing a mandatory two-week quarantine on all international arrivals since April 1, it’s burdensome for the government to deal with more than five-thousand people entering the country every day.