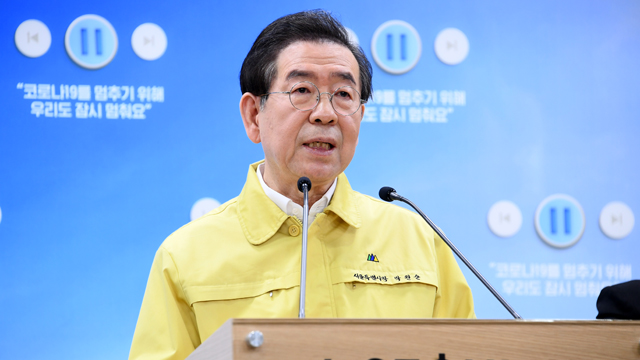 The Seoul Metropolitan Government has banned operations of certain entertainment establishments in the city after an employee at one such facility tested positive for the novel coronavirus.

Seoul Mayor Park Won-soon said on Wednesday that he has issued the ban against dance clubs and hostess bars, permitted under his authority and effective until April 19, in line with the central government's social distancing campaign.

Park said he decided to impose the ban after over 400 venues continued with business as usual despite the city's recommended shutdowns.

Stressing that the nation must remain vigilant, Park urged the country's young people to refrain from reckless behavior that could endanger the community.

Meanwhile, the infected employee of an establishment in the Gangnam District is reported to have come into contact with 118 people, 18 of whom have so far tested negative.
Share
Print
List