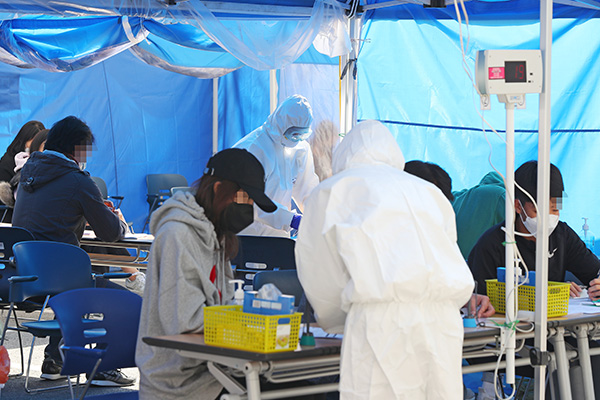 Authorities in South Korea positively assessed the declining number of new COVID-19 infections in the country, but said they were preparing for a possible "second wave" of the outbreak in the coming weeks.

At a press briefing on Wednesday, Vice Health Minister Kim Gang-lip said having around 50 new cases a day for three consecutive days is a positive sign that the amount of patients in serious condition will stabilize.

Forty-seven people tested positive for the virus on Monday, the first time the number dropped below 50 since February 20. There were 47 additional cases on Tuesday and 53 on Wednesday.

Kim, however, shed light on the death toll reaching 200 with a fatality rate of 20 percent among patients in their 80s, saying the task at hand is to minimize fatalities among the elderly.

Stating that authorities are preparing for a potential "second wave" of infections, the vice minister urged the public to remain vigilant and continue social distancing.
Share
Print
List