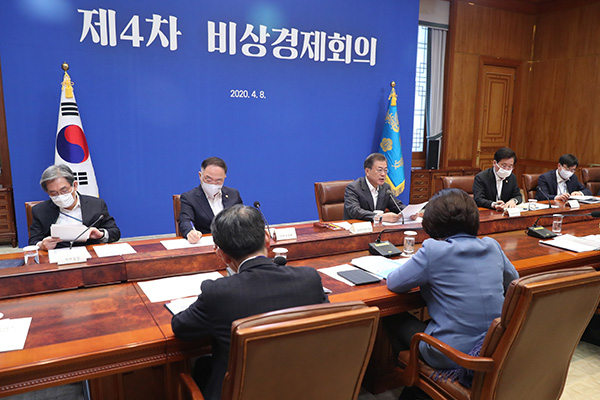 Finance Minister Hong Nam-ki says a supplementary budget plan to finance a one-off coronavirus relief fund for the public will be drafted based on the pre-announced eligibility criterion.

His remark on Wednesday came as political parties urged the government to provide the emergency relief money to every household or citizen, instead of only those in the bottom 70 percent of household income.

At a media briefing after the fourth emergency economic meeting presided over by President Moon Jae-in, Hong said there was no discussion about the eligibility criteria for the emergency aid, adding they were nearly done drafting the bill.

He said it would be submitted to parliament next week.