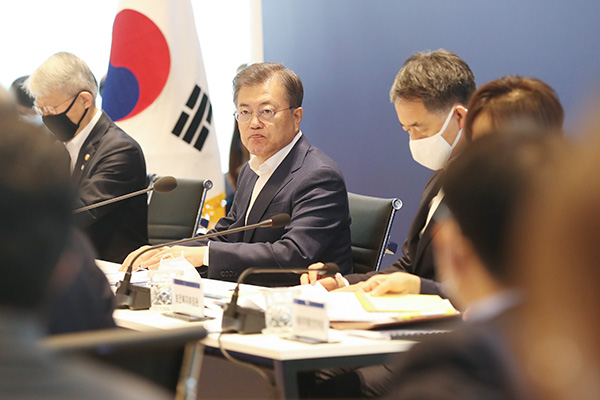 President Moon Jae-in expressed hopes for South Korea to become the first country to develop treatments and vaccines for COVID-19, after it became a global role model in the early development of test kits.

At a meeting with pharmaceutical companies, academics and researchers on Thursday, Moon said the development of a COVID-19 treatment and vaccine are mountains the world will have to climb, especially considering their urgency.

Moon raised hopes the country's developers will lead the race to find a cure to revive courage and confidence among the South Korean people, and to bring hope to the domestic economy.