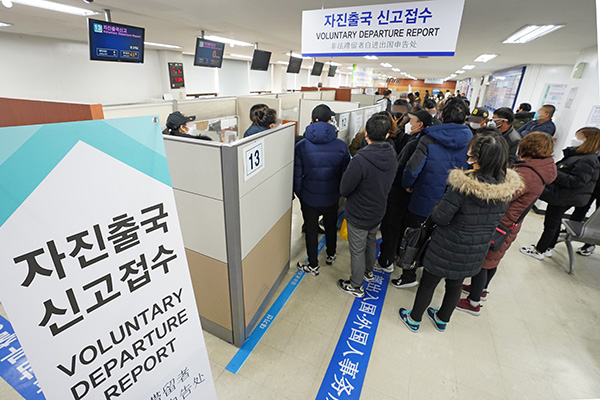 A group of 55 Mongolians who had been staying in South Korea after their home country refused their repatriation have finally returned.

According to legal circles on Thursday, the group went back aboard an extra flight on Wednesday. Some of the group conducted a hunger strike directed at the Mongolian Embassy in South Korea, while being kept in a detention center.

The Mongolians were initially scheduled to be repatriated on April 2 but the plan was scrapped after Mongolia unilaterally cancelled their reserved flights due to the COVID-19 pandemic.

Mongolia had refused entry of its nationals residing abroad since the end of February as part of efforts to block imported coronavirus cases.

Mongolia later reversed its decision and provided a flight to bring home the 55 Mongolians once they all obtained documents confirming they tested negative for COVID-19. The group paid for the tests themselves.

Mongolia is not the only country refusing to repatriate its own citizens. Vietnam has also refused to let in its citizens since March 6, and Thailand has demonstrated reluctance in repatriating its nationals.
Share
Print
List