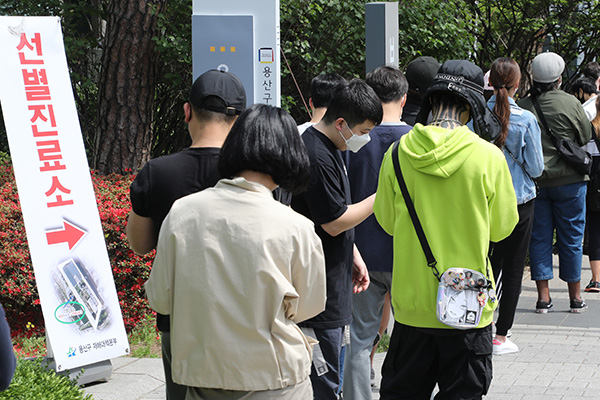 The number of COVID-19 infections linked to clubs and bars in Seoul's Itaewon area has surpassed 100, less than a week after the first case was reported last Wednesday.

The Seoul Metropolitan Government said as of 10:00 a.m. Tuesday, 101 people who have either visited the district or had contact with an infected patient tested positive.

Seoul Mayor Park Won-soon said after obtaining a list of 10-thousand-905 people who accessed the nearby mobile network between April 24 and last Wednesday, the city government sent out text messages urging those on the list to get tested for the virus.

The city has also contacted 494 people who used their credit cards in the area.

Raising concerns over the unknown source of the virus and the 36-percent asymptomatic infection rate, Park urged people to voluntarily get tested, promising that their identities will be protected.
Share
Print
List