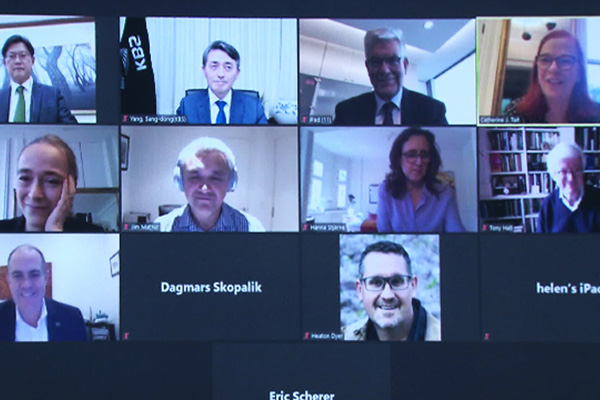 KBS, which is participating in a task force of public media around the world to jointly counter the novel coronavirus pandemic, discussed various ways of cooperation between the public broadcasters.

Established after a proposal by the Canadian Broadcasting Corporation(CBC) in March, the Global Task Force for Public Media(GTF) has eight members, including the BBC, Germany's ZDF and Australia's ABC.

At a video conference on Monday, KBS President and CEO Yang Sung-dong said South Korea has become a model case for countering COVID-19 through scientific and systematic quarantine and testing, as well as transparent information-sharing.

Yang added that the pandemic is both a critical phase for public broadcasters and an opportunity to confirm its reason for existence.

The KBS president proposed that the participating broadcasters launch a joint project to deliver hope and support for viewers around the world struggling because of the pandemic.
Share
Print
List