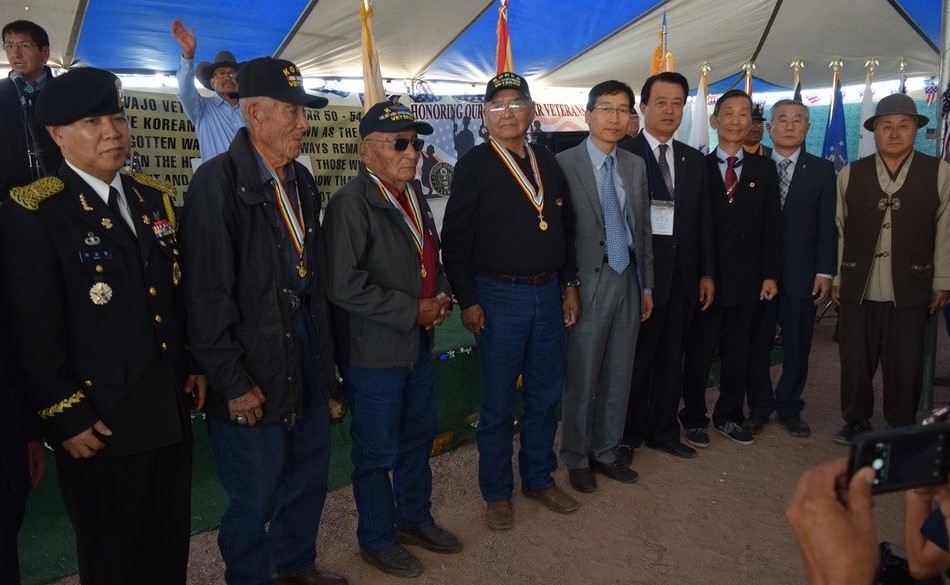 South Korea will provide ten thousand face masks and other health items to Native Americans who fought in the Korean War.

The Ministry of Patriots and Veterans Affairs said Monday that the 70th Anniversary of the Korean War Commemoration Committee will deliver the masks and hand sanitizer to Navajo veterans in an expression of appreciation for their contribution during the war.

Co-chair of the committee Kim Eun-gi said that the South Korean government remembers those who made sacrifices to defend a strange country 70 years ago, and hopes they will proudly tell their descendants about the choice they made.

The ministry said among some 800 Navajo soldiers who fought in the war, around 130 veterans are alive. The Navajo people, who mostly live in desert areas in Arizona, New Mexico and Utah, are reportedly having difficulties securing masks.
Share
Print
List