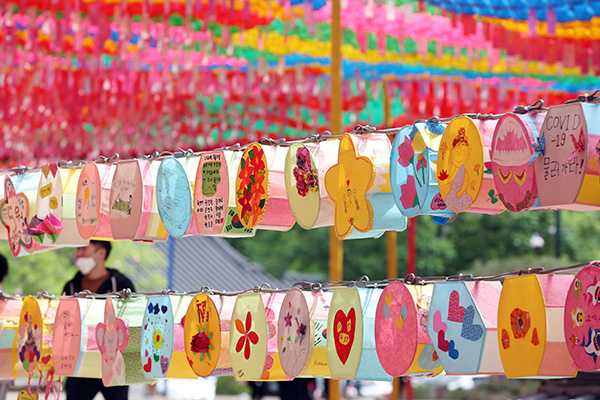 Buddhist orders have canceled major events that were set to be held in downtown Seoul this weekend ahead of a ceremony marking Buddha’s birthday.

The Association of Korean Buddhist Orders said in a news conference on Tuesday that the decision came amid growing fears over further spread of COVID-19 following a cluster of infections related to Itaewon clubs.

Initially, a mass was set to be held on Saturday at Dongguk University in Seoul followed by the Lotus Lantern Festival in downtown areas and on Sunday, a hands-on program in front of the Jogye Order in Seoul.

It is unprecedented for the annual lantern festival, which is a highly popular event, to be canceled.

A formal ceremony to mark Buddha’s birthday set for next Saturday will be held as scheduled amid strict quarantine guidelines.

The ceremony was initially set to be held on the very day of Buddha’s birthday on April 30 but was put off by a month amid a surge in COVID-19 cases.
Share
Print
List