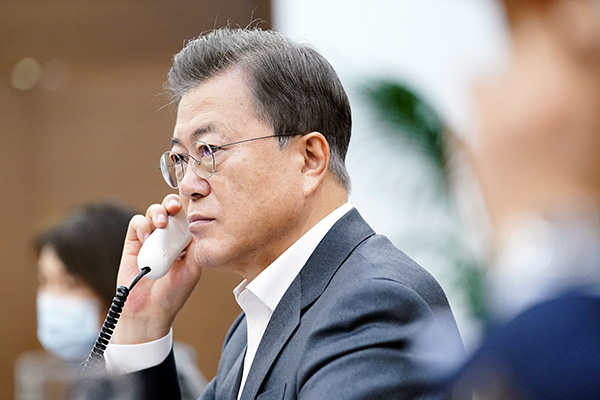 President Moon Jae-in held phone talks with Georgian President Salome Zourabichvili on Thursday to discuss cooperation in the fight against the COVID-19 pandemic.

Presidential spokesperson Yoon Jae-kwan said in a written briefing that during the talks, President Zourabichvili said her country is scheduled to hold general elections in October and asked about the quarantine measures South Korea took for its April general elections.

He also promised to share Seoul's experiences with Georgia through communications between the election authorities of the two nations.

Moon assessed that Georgia is successfully containing the outbreak, while the Georgian president praised the Seoul government for its successful anti-virus efforts, calling it an example for the world.

The phone talks marked the first conversation between the two leaders and were held at the request of the Georgian president.
Share
Print
List