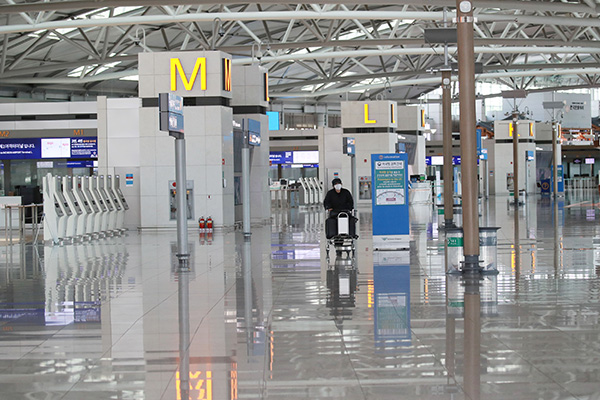 South Korea on Thursday extended its "special travel advisory" by another month, calling on citizens to cancel or postpone their trips abroad as the COVID-19 pandemic continues.

The government first issued the special advisory on March 23 on all countries and territories over the spread of the virus outbreak. It was extended once on April 21.

The Foreign Ministry said on Thursday that it extended the advisory again until June 19 and it will automatically be lifted the following day.

The special travel advisory, which is roughly between level two and level three under the country's four-tier advisory system, advises citizens to cancel or postpone trips.
Share
Print
List