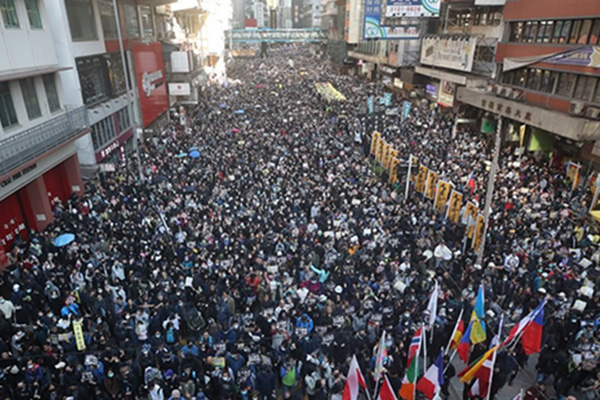 China's Communist Party announced on Thursday that it will move forward with a new national security law for Hong Kong.

Zhang Yesui, the spokesperson for the National People's Congress(NPC), said in a press conference that the new law will be discussed at its annual session, along with other bills.

The spokesperson reportedly said that the Hong Kong Special Administrative Region is an inseparable part of China and the NPC members will move to introduce the law to improve legal mechanisms for safeguarding national security in Hong Kong.

The Hong Kong-based South China Morning Post said that the related bill will be submitted at the annual session of the Chinese parliament that opens on Friday.

The law would reportedly ban secession, foreign interference, terrorism and all seditious activities aimed at toppling the central government and any external interference in Hong Kong.