China Warns of 'Countermeasures' over US Coronavirus Sanctions Threat 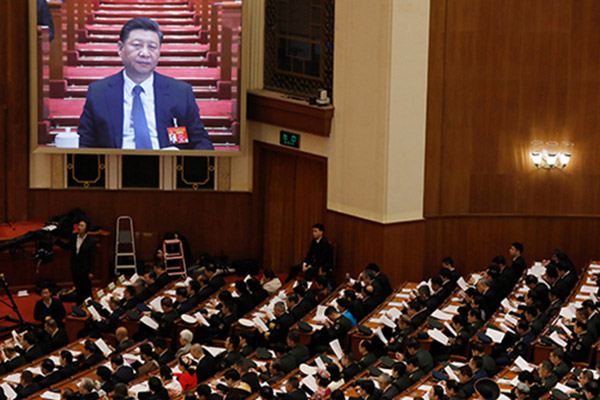 China has warned that it will retaliate if the U.S. Congress passes legislation seeking sanctions against Beijing over the COVID-19 pandemic.

Zhang Yesui, the spokesperson for the National People's Congress(NPC), said in a news conference on Thursday that China is strongly against those bills and will "take countermeasures" after deliberation.

In the news conference on the eve of the annual session of the NPC, Zhang said that the origin of the coronavirus is a matter of science that should be determined through scientific exploration by medical experts.

The spokesperson said that it is irresponsible and immoral to cover up one's own problems by blaming others, adding China will never accept any unwanted lawsuits and demands for compensation.

U.S. President Donald Trump has criticized China for its initial handling of the virus and stepped up the rhetoric against Beijing in his tweets and remarks.
Share
Print
List