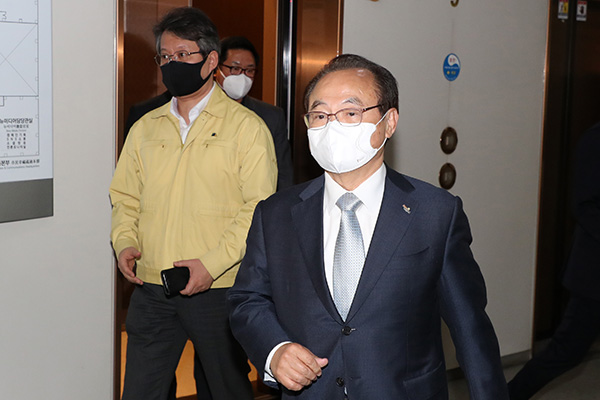 Former Busan Mayor Oh Keo-don appeared for police questioning on Friday, about a month after he resigned over a sexual harassment accusation.

Oh reportedly arrived at the Busan Metropolitan Police Agency in a vehicle at around 8 a.m., but his appearance was not open to the public.

The former mayor stepped down from his position on April 23, admitting that he had made unnecessary physical contact with a female civil servant earlier that month.

The police had sought to summon Oh publicly so he would be shown to the public in a press photo line, but the ex-mayor reportedly rejected the plan.
Share
Print
List