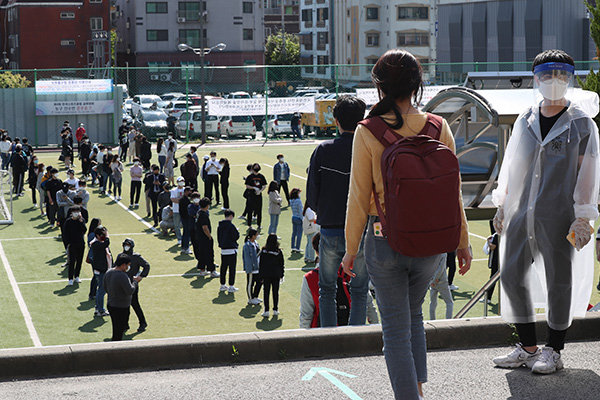 South Korea reported 20 new cases of COVID-19 on Friday as a cluster infection that began in the nightclubs of Seoul's Itaewon district continues its sporadic spread nationwide, especially through singing rooms and bars.

The remaining nine cases were imported from overseas. Seven were caught during airport entry procedures.

No new COVID-19-related deaths were reported on Friday, while 27 patients were released from isolation after making complete recoveries.
Share
Print
List