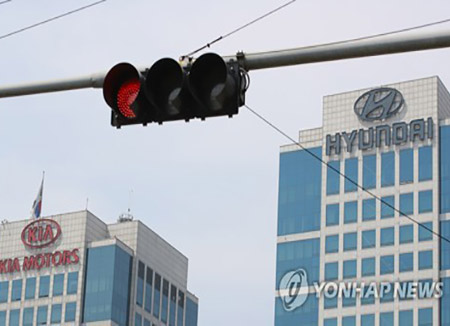 The Transport Ministry said on Friday that Hyundai Motor and sister company Kia Motors are recalling 295-thousand units of three of their models, including the Santa Fe, due to problems involving the anti-lock braking system(ABS) and airbags.

The companies have either begun repair and replacement services free of charge or will start the services on Friday.
Share
Print
List