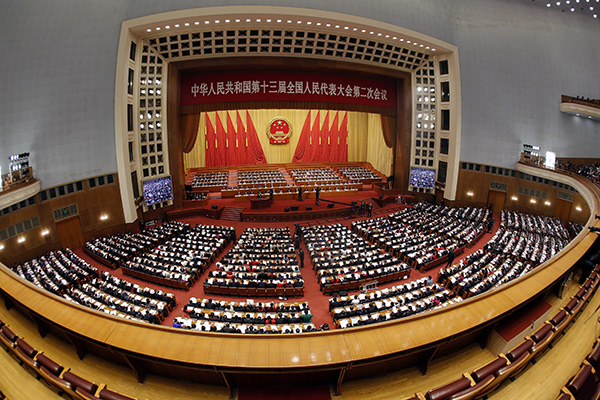 Due to uncertainties from the COVID-19 pandemic, the Chinese government has not set a target for economic growth this year.

In a work report delivered at an annual parliamentary meeting on Friday, Chinese Premier Li Keqiang said the target was not set amid great uncertainty regarding the pandemic, as well as the world economic and trade environment.

This comes after China's economy contracted by six-point-eight percent in the first quarter, the first time the country reported negative growth in nearly half a century.

The International Monetary Fund(IMF) forecasts the Chinese economy to expand by one-point-two percent this year.

In pledging state support, Li said the fiscal deficit will increase from last year by one trillion yuan, or around 143 billion dollars, for a deficit-to-GDP ratio of more than three-point-six percent. In addition, one trillion yuan of government bonds will be issued this year.
Share
Print
List