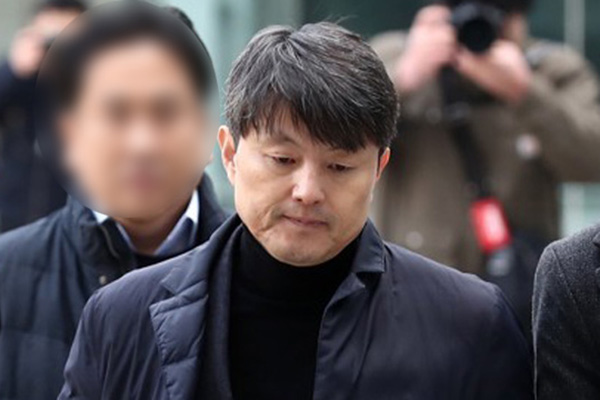 Former Busan Vice Mayor Yoo Jae-soo was given a suspended prison sentence on Friday, after being found guilty of taking bribes from heads of investment and credit data firms.

The Seoul Eastern District Court ordered an 18-month prison term suspended for three years and a fine of 90 million won for Yoo. A forfeiture of 42 million won was also ordered.

The court acknowledged that Yoo, as a civil servant at the Financial Services Commission(FSC), was in a position to exert direct and indirect influence on those who offered bribes. The bribes were also deemed related to his duty.

The court, however, found Yoo not guilty of solicitation.

Yoo was indicted last December for pocketing cash and goods worth some 40 million won in bribes from four people while he was working at the FSC and for the Busan city government from 2010 to 2018.

While the top office's probe into Yoo's alleged bribery in 2017 was suspended without disciplinary action, former Justice Minister Cho Kuk, who was the senior presidential civil secretary at the time, has been indicted for his alleged intervention.
Share
Print
List