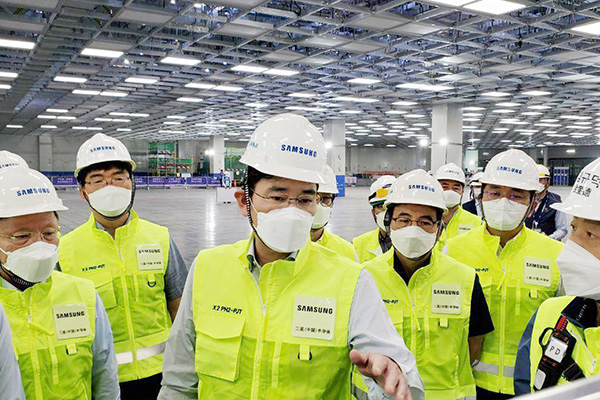 Samsung Electronics has dispatched around 300 engineers to its memory chip assembly plant in Xian, China.

The South Korean tech giant said on Friday that the workforce, including from its subcontractors, left Incheon International Airport on a chartered flight earlier in the day.

Entering China on a fast-track entry program for businesspeople arranged recently between the two countries, the employees will be exempt from a two-week quarantine, only subject to a COVID-19 testing upon arrival.

Two-hundred other Samsung Electronics employees were sent to the Chinese fab last month on a special entry permit by Beijing.

The massive workforce augmentation comes after Samsung Electronics Vice Chairman Lee Jae-yong returned from a visit to the factory early this week, during which he stressed preemptive preparation for forthcoming changes.