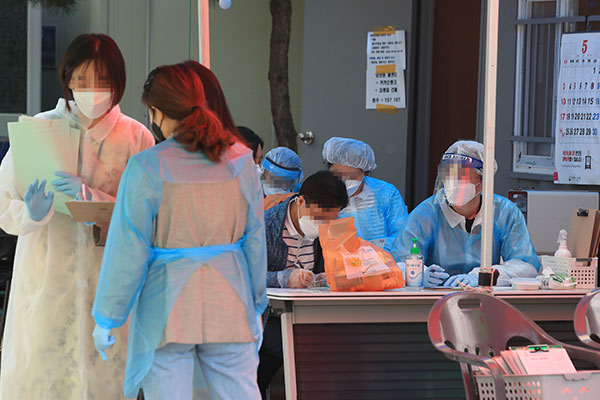 The Korea Centers for Disease Control and Prevention (KCDC) said that among the new cases detected throughout Friday, 19 are domestic infections.

Most were reported in the wider capital area as the Itaewon nightclub outbreak continues to spread to other cluster infections, the latest of which stems from a buffet restaurant in Bucheon, Gyeonggi Province. More cases have also been reported in connection to infected staff members at Samsung Medical Center.

Two more coronavirus deaths were reported, with the death toll standing at 266.

Thirty-two more patients have fully recovered and been released from quarantine, bringing the total number of cured patients to ten-thousand-194.

Following the Itaewon cluster outbreak, more than 30 new daily infections were reported on May 10 and May 11 after which the figure gradually dropped to below 20. However as Itaewon-linked cases continue alongside the Samsung Medical Center outbreak, daily infections spiked to 32 again this past Wednesday.