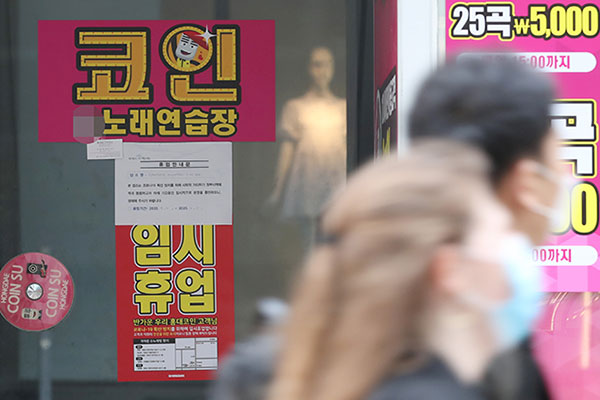 Gyeonggi Province has extended its "no assembly" order on certain entertainment venues and other publicly used facilities for two more weeks until early June amid reignited fears of the coronavirus.

The administrative order that bans gatherings was first issued on May 10 for a two-week period. It is now extended to June 7.

As a result, over 83-hundred venues including clubs and dance halls in Gyeonggi Province are now subject to the order.

On Friday, the Seoul Metropolitan Government also issued a “no assembly" order for hundreds of coin-operated singing rooms in the capital city to prevent additional outbreaks of COVID-19 following an uptick in cases linked to entertainment venues.
Share
Print
List