S. Korea Provides Ground Support for THAAD Base amid Protests 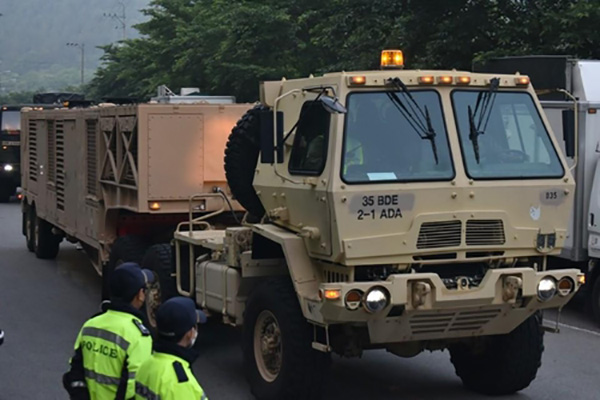 Police and residents in Seongju clashed early on Friday as U.S. Forces Korea(USFK) and South Korea's Defense Ministry transported equipment by ground onto a military base housing a U.S. missile defense system as part of an upgrade.

The ministry said Friday it provided ground support for USFK's Seongju base beginning Thursday night. The upgrade is to improve working conditions for Korean and American troops at the base and replace some decrepit equipment.

As about four thousand police officers arrived near the base on Thursday afternoon, some 70 local residents and protesters held a rally occupying the road leading to the base. The police dispersed them around 3 a.m. Friday, injuring one resident.

The transport was reportedly completed at around 6 a.m. Friday.

But due to continuing protests by local residents, the ministry and the U.S. military have used air transportation to move supplies for further construction.
Share
Print
List