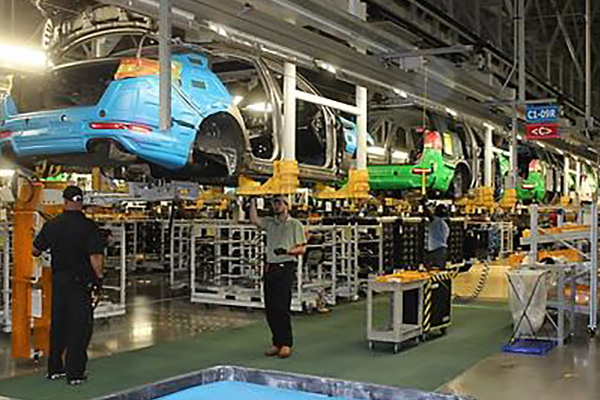 South Korea's industrial output fell two-point-five percent in April from a month earlier due to the economic fallout of the COVID-19 pandemic.

According to Statistics Korea on Friday, production in the mining and manufacturing industries slipped six percent on-month due to plunges in auto and chip exports.

It marks the largest drop in over eleven years since December 2008 when it plunged ten-point-five percent.