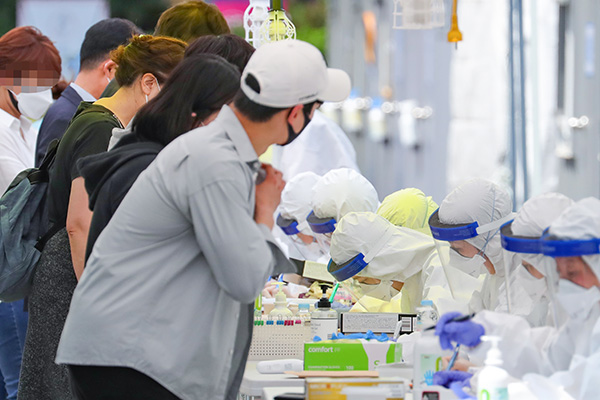 Health authorities reported 58 cases on Friday, all in the greater Seoul area. Seoul accounted for 20, while Gyeonggi Province and Incheon accounted for 20 and 18, respectively.

With an outbreak that began in a logistical center run by e-commerce giant Coupang spreading to several other logistical centers in the greater Seoul area and a separate outbreak occurring at a KB Life Insurance office in downtown Seoul, concerns are mounting that the virus will spread further in the densely populated capital region.

Over 90 people have tested positive for COVID-19 in connection to the logistical center outbreak since it began five days ago on May 23.