Chinese National Arrested after Sneaking into S. Korea by Boat 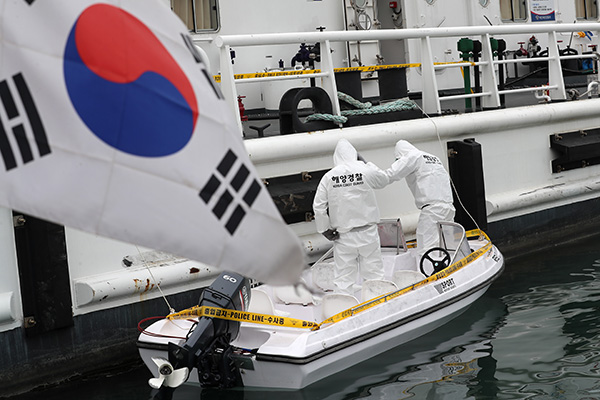 A Chinese national was detained on Friday, days after sneaking into the country aboard a boat that departed from China’s eastern coastal region.

The Seosan branch of the Daejeon District Court issued an arrest warrant for the 43-year-old man earlier in the day.

He is suspected of arriving in Taean County in South Chungcheong Province on Thursday of last week. Authorities said he was accompanied by seven others on a boat that left from Weihai in Shandong Province the previous day. The Chinese city is the closest to South Korea.

The Korea Coast Guard apprehended the Chinese national in Mokpo, South Jeolla Province, on Tuesday and are pursuing the people who came with him.

Police are also looking into whether someone else helped smuggle them in, given that a van was on standby when they arrived in South Korea and took them straight to Mokpo.
Share
Print
List