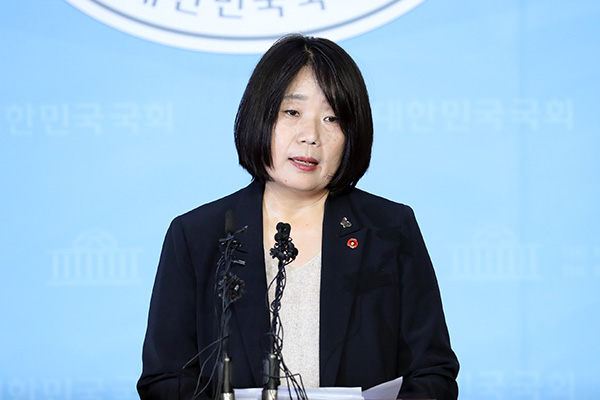 The Democratic Party(DP) on Friday reiterated it will state its position on the matter after seeing the results of ongoing prosecution investigations into the allegations against Yoon.

DP Spokesperson Heo Yun-jung said in a statement that Yoon sought to give a direct explanation regarding the suspicions and urged the prosecution carry out a swift investigation and make every effort to reveal the truth.

UFP Vice Spokesperson Hwang Kyu-hwan argued that Yoon may have said she was sorry but failed to show regret, adding that her explanations did not clear up suspicions.

He said Yoon would be wrong to assume her ordeal is over and indicated the UFP would continue to take issue with the scandal.

Earlier in the day, Yoon, the former head of the Korean Council for Justice and Remembrance for the Issues of Military Sexual Slavery by Japan, denied allegations of improprieties by the civic group, saying they faithfully spent the money raised for the victims' living and welfare.
Share
Print
List