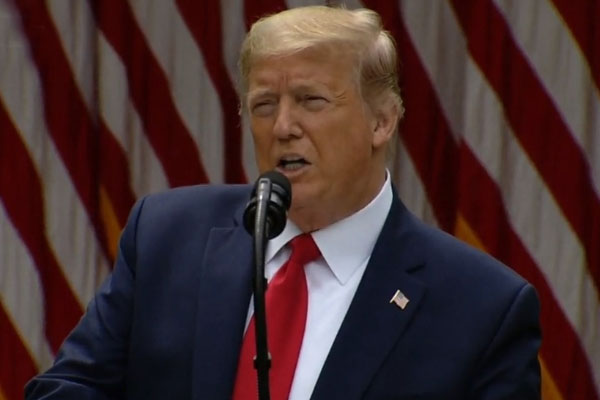 U.S. President Donald Trump said Friday that he ordered his administration to begin the process of ending preferential treatment for Hong Kong, in response to China's move to impose a new national security legislation on the territory.

At a White House press conference, Trump said Beijing had broken its word over Hong Kong’s autonomy and that Washington would also impose sanctions on individuals seen as responsible for “smothering Hong Kong’s freedom.”

He added that the U.S. would revise its travel advisory for Hong Kong in light of the increased danger of surveillance from China.

Meanwhile Trump also announced the termination of U.S. ties to the World Health Organization, saying funds would be redirected to other worldwide and deserving urgent public health needs.

The U.S. leader has been attacking the WHO for being too "China-centric" in its tackling of the coronavirus pandemic.
Share
Print
List