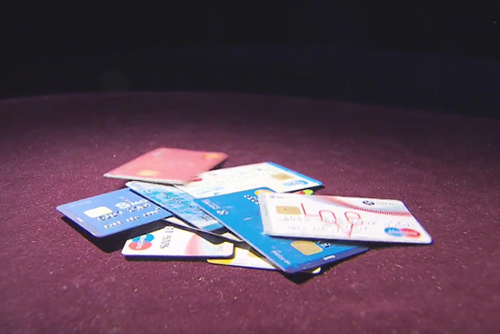 According to the Credit Finance Association on Sunday, there were 110-point-98 million credit cards in South Korea's circulation as of the end of 2019, up five-point-92 million from a year earlier.

This figure signifies that the country's economically active population of 28-point-19 million, or the number of people aged 15 years or older who are willing to work, held three-point-nine credit cards per person last year.

The number of credit cards held by the economically active population peaked at four-point-eight in 2011 and dropped to three-point-four in 2014, but has been increasing since.