Gov't to Offer Spending Incentives as it Aims for 0.1% GDP Growth 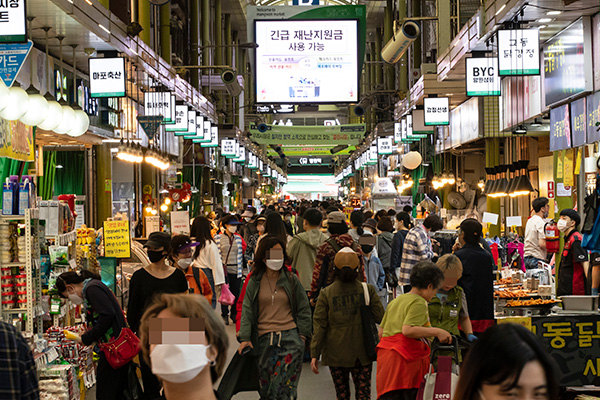 Anchor: The government has announced the economic policy direction for the second half of 2020, focused on ways to boost consumption and help revive the Korean economy as it struggles to ride out the pandemic recession. Over 137 million dollars worth of coupons will be passed out to stimulate the hospitality and tourism industries while more income tax breaks and credits will be offered. Doing all it can, the government said the Korean economy may be able to avoid a contraction this year.
Kim Bum-soo has more.

Report: The South Korean government projects the nation's economy will grow point-one percent this year amid the worst recession in almost a century.

[Sound bite: President Moon Jae-in (Korean/English translation)]
"Putting top priority on overcoming the economic crisis, we will mobilize all financial resources available. In order to continue bold budget spending in the second half of the year, the government has drawn up a third supplementary budget that is the largest extra budget ever. The extra spending bill is expected to be submitted to the National Assembly within the week and we sincerely ask for prompt deliberation and action."

Under the plan, the government will provide 168-point-four billion won or more than 137 million dollars worth of coupons to help boost business for the local tourism industry.

The administration believes the move will promote up to 900-billion won worth of consumer spending in eight tourism sectors including hotels and restaurants.

And to promote investment, South Korea will welcome reshoring companies that relocate their manufacturing facilities from overseas by offering them tax breaks for returning home.

While finalizing its expansionary macroeconomic policy direction for the second half of 2020, the government also introduced details for its Korean New Deal program, seeking to create some 550-thousand new jobs by 2022, under a scheme that will be focused on digitalization and green growth.

In order to fund this big spending stimulus plan, the government is expected to submit a third supplementary budget bill to parliament in the coming days worth some 30 trillion won.
Kim Bum-soo, KBS World Radio News.
Share
Print
List