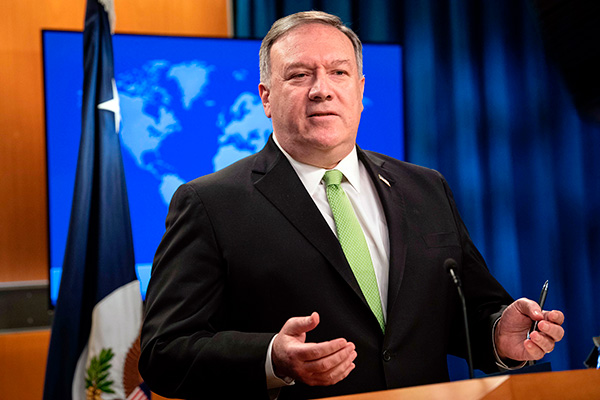 U.S. Secretary of State Mike Pompeo has reaffirmed the U.S. commitment to thorough enforcement of sanctions against North Korea and other countries.

According to a transcript of Pompeo's remarks released by the State Department on Monday, the U.S. top diplomat mentioned North Korea when answering a question about sanctions against Iran and Venezuela.

During a phone interview on a podcast program Friday, Pompeo said that sanctions have been "very effective," but whether it’s North Korea or Venezuela or Iran, the sanction regimes are never perfect at enforcement.

He said the U.S. has to make good decisions about how to do that rationally and how to achieve it. Pompeo added that the world should watch as the U.S. does everything it can to make sure it enforces these sanctions in ways that make sense for the American people.

The remarks came a day after the U.S. Justice Department indicted some 30 North Koreans and Chinese nationals for laundering two-point-five billion dollars through the global financial system.
Share
Print
List