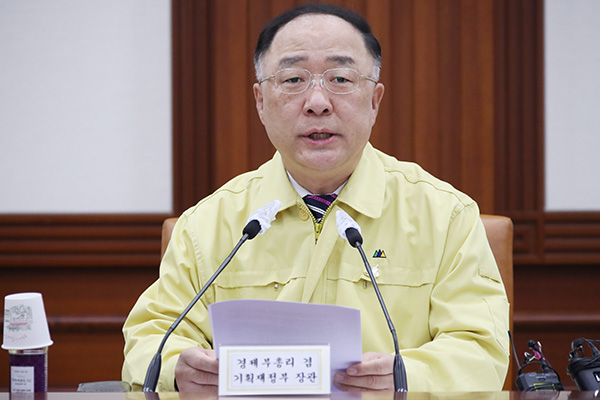 Appearing on KBS on Monday, the minister said that the planned budget will surpass the previous record of 28-point-four trillion won, which demonstrates the willingness by finance authorities to tackle the economic fallout of the COVID-19 pandemic.

The government has already secured over 20 trillion won in two extra budgets this year and is pushing for a third supplementary budget.

Minister Hong also said the government plans to prepare a roadmap for a universal employment insurance system by the end of the year to enable all people engaged in economic activities to file for unemployment claims when they lose jobs.

On the emergency coronavirus relief payouts, the minister stressed that the government had no plan to roll out another round of payments to all people. He added, however, the government will continue offering customized assistance to those in need through policies.
Share
Print
List