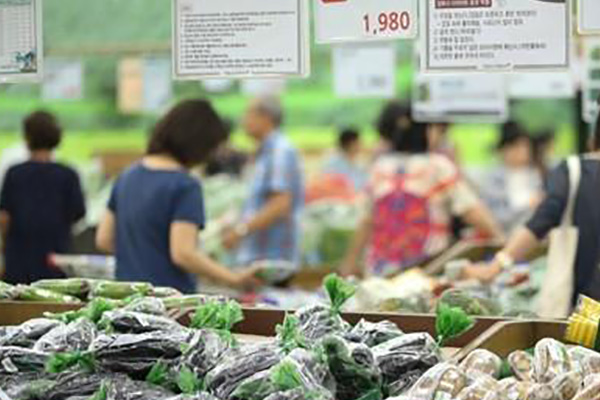 According to Statistics Korea on Tuesday, the country's consumer prices index came to 104-point-71 last month, down point-three percent on-year.

It marks the first drop in eight months since it posted negative growth for the first time ever in September.

The nation's consumer prices had posted growth of under one percent for 12 straight months, but then climbed over one percent in January. However, it fell below one percent again in April and posted negative growth last month amid the COVID-19 pandemic.